We have been building and renovating amazing projects for our clients for over a decade. We take pride in our reputation of constructing high-quality projects, on time and under budget.

Dedicated, Diverse, Dependable and we Deliver

First and foremost, we are focused on ensuring that our customers projects are delivered on time, under budget and at a level of quality that exceeds their expectations.  NARMAN construction has been in business since 2005 and our team has experience that dates back to the 1990’s.  We are great at what we do because we believe that success is based on listening to our clients and delivering exceptional results.

With our renewed vision, we are dedicated to use proven and tested technologies, data and the industry best practices to help address or eliminate problems throughout the course of your projects.

Founded in 2005, NARMAN Construction, Inc. is a women-and minority-owned general contractor and construction management firm. We have been building and renovating amazing projects for our clients for over a decade. We value relationships and we are driven by our diversity, commitment to excellence and our deeply rooted passion for our work.

We look forward to partnering, subcontracting and working with you soon. We are builders. We embrace diversity and inclusion. We support positive thinking. We value relationships. We encourage a healthy lifestyle. We believe in work-life balance. We are NARMAN. 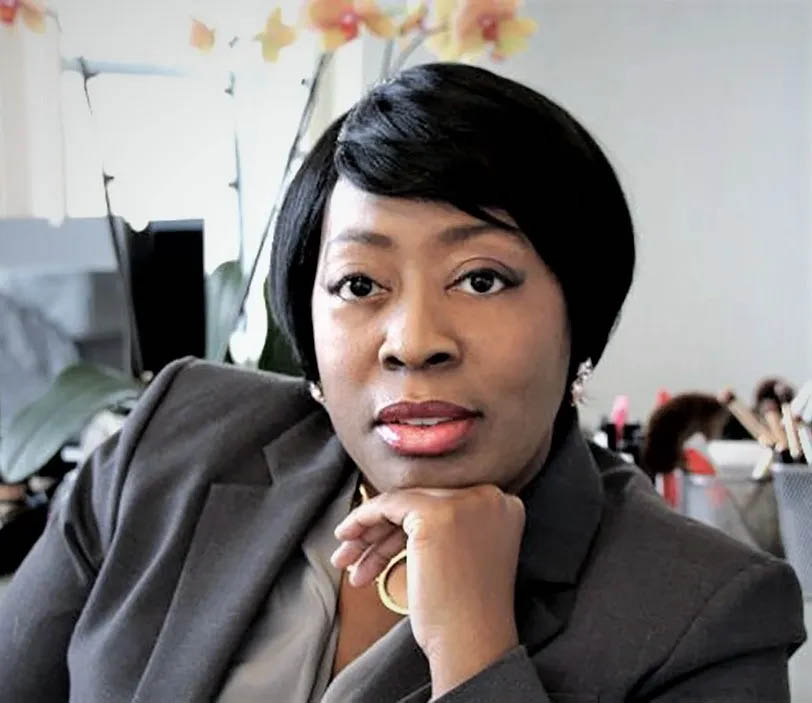 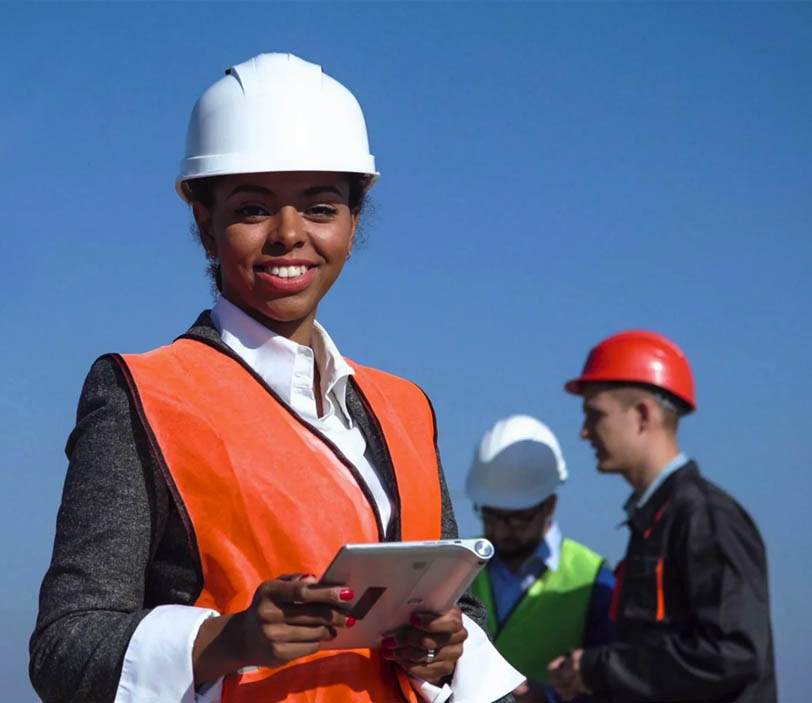 At NARMAN, we take pride in understanding and turning our clients’ ideas into finished projects. We value every opportunity to join forces with established and well-positioned construction companies to create a fresh, warm, sustainable and simply inviting environment for our clients in the commercial space.

Jeannette Lynda Blake is the President of Narman Construction Inc. Between 1997-2005, J. Lynda Blake, Co-Founder, established M.A. Blake Painting Co., Inc., a residential painting contracting company. The company primarily operated in the Massachusetts area and specialized in interior and exterior painting services. Ms. Blake utilized her extensive background in business management and real estate development to efficiently provide quality work. It was while working as subcontractors with various local prime contractors that the Blake Painting Company was awarded painting contracts for both renovation and new construction. The firm also acquired and renovated several real estate properties on its own.

Ms. Blake founded Woodland Cooperative Construction and Development Company in 1998 with six members in the construction and business industry, to address the need of acquiring vacant city-owned land and develop affordable housing in the Boston area. Ms. Blake was also instrumental in forging a strategic partnership with Interfaith Boston, Veterans Benefits Community Development Corporation, Baran Companies/Wellfleet Construction who were approved as a designated development team by the City of Boston to build affordable housing on vacant city-owned lots. This Baran/VBCDC/Interfaith consortium successfully built over $5 Million dollars worth of one and two family homes that were sold to first-time homeowners in the Boston area. After successfully working in real estate development privately, Ms. Blake obtained her unrestricted construction supervisors license in the State of Massachusetts, and started a construction company, Narman Construction Inc., in 2005.

The initial mission of Narman Construction Inc. was to expand the existing painting company into two divisions, painting & construction. After some researching of the local market, Ms. Blake noticed that there was a shortage of qualified minority/women contractors among local residents that met the requirements for city and state procurement opportunities for the public sector, and therefore believed that this was a potentially profitable niche to venture in and expand. Ms. Blake also discovered that after the economic housing crisis began to recover, there would be an influx of real estate developers and investors looking for reputable contractors to perform renovation services on many of the foreclosed properties they had purchased.

Ms. Blake currently is serving on several boards working to promote community engagement, and equity in housing. Narman Construction Inc has garnered the highest ratings in customer service in the Greater Boston area for 4 years running as rated by “ Pulse of the City.”

Ms. Blake is the proud Mother of three children and three grandchildren. Her oldest daughter is a social worker and her youngest children are students, a son who is attending Milton High School and her youngest daughter who is attending Salem State College with hopes to become a lawyer in the future. Ms. Blake has a Bachelors of Science Degree in Management and Accounting from Fisher College, and currently serves on their Program Advisory Board.

Antoine J. Melay, MBA is the Executive Vice President and CFO of Narman Construction. He is responsible for establishing Narman’s financial goals and strategies. He directs the day-to-day financial and administrative functions, negotiates credit agreements and re-engineers the organization’s operations and technology systems to maximize efficiencies. Prior to his role at Narman, he served as Vice President of Client Relations for Workforce Development Training at Windwalker and was primarily responsible to lead the strategic growth and the delivery of workforce development trainings in the Commonwealth of Massachusetts, and other states. In May 2012, Mr. Melay was appointed by Mayor Joseph Curtatone to serve on the City of Somerville Jobs Advisory Committee to assist in assessing and examining their workforce development system and their landscape of Somerville’s job market with the ultimate goal of providing policy recommendations. The Jobs Advisory Committee was instrumental in the expansion of the Assembly Row development in Somerville in 2013. The Assembly Row retail/residential construction project is the largest mixed-use, transit-oriented, smart growth development project on the eastern seaboard.

He serves on several local boards, including Boston Arts Academy (BAA) Foundation, Carroll Center for the Blinds, Carney Hospital’s Community Benefits Council and the National of Black Accountants (NABA) Boston. He was appointed to the board of Bunker Hill Community College by the former Governor of the Commonwealth of Massachusetts in 2011. While serving this board, Melay became the second Vice Chairman of the Board of Trustees and former Chairman of the Audit Committee. Lastly, in his role as the State Coordinator for the Association of Community College Trustees in the Commonwealth, he was responsible for the fifteen community colleges across the state.

Mr. Melay serves on several committees and councils working to promote leadership, community engagement, and economic development. He is a member of the Latino-Jewish Roundtable, an organization working to advance alliances and partnership between the Latino and Jewish communities. He has been instrumental in promoting ADL’s philosophy and core values through various initiatives, events, and programs. In addition, he was the Co-Chair of the Nation of Immigrants Community Seder, along with the Mayor of Boston, Martin J. Walsh, and the Cardinal, Sean Patrick O’Malley.

Over the years, he has worked in various public and private institutions, including Liberty Mutual, the Division of Insurance for the Commonwealth of Massachusetts, and the American International Group (AIG). Prior to that, he was an Auditor at PricewaterhouseCoopers LLP (PwC).

In addition to his very busy professional life, he is a husband and father to a very active eight-year-old son and a 4-year-old daughter.

He received his MBA and BS in Corporate Finance & Accounting from Bentley University.

What Sets Us Apart

From small jobs to large, a single truck to a fleet.  We have the equipment and the skills.

NARMAN Construction is proud to be have African-American and Female Owners!

Honest and fair pricing that works for you and our employees always wins.

We stand by our results when we build something and long after it’s been built.

You don’t get to remain in the business this long without doing it right!

When you call you will reach us or we will call you back within the hour.  Always! 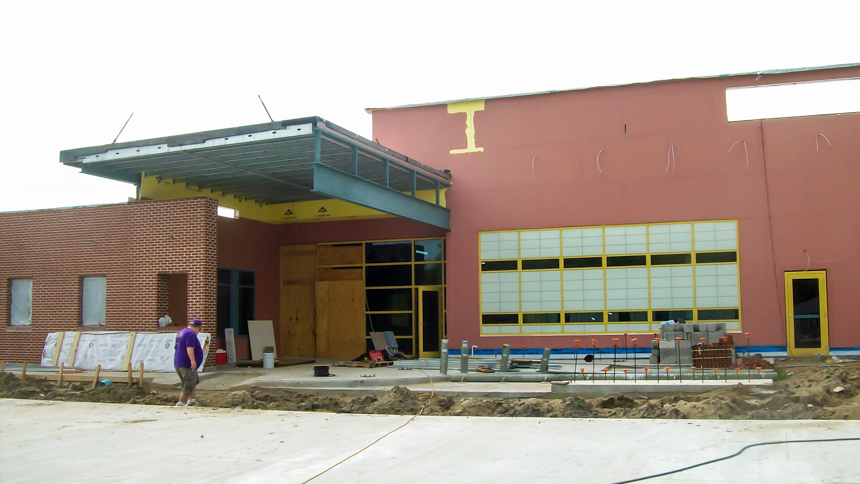